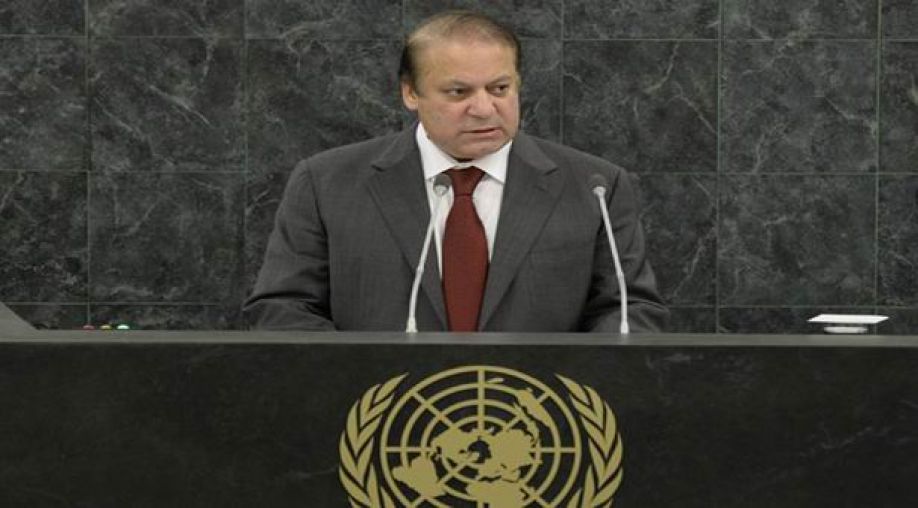 UNITED NATIONS: When it comes to the annual session of the General Assembly you can’t escape the Pakistan-India rivalry.

While the world is more focused on the escalating war over the Islamic State, the ever-deteriorating environment and the ever-increasing terrorism, South Asian watchers were more interested in the tit-for-tat war of words between Pakistan and India.

However, the context may have changed drastically for the two countries this time around.

Indian Prime Minister Narenda Modi comes to the UN riding on the crest of an aggressive agenda, which will be followed by his formal visit to the United States. This is quite a turnaround for Modi who was denied a visa to Washington for his alleged role in Gujarat’s anti-Muslim riots.

Modi now looks forward to increase India’s bilateral trade with the US from $100 billion to $500 billion in this decade. He brings along an ambitious wish list that includes bilateral visa reforms, cooperation in IT and defence industries.

Modi was declared as “the most sought-after Prime Minister” by the New York Times. Heads of top US multinational companies, including General Motors, are lined up to seek meeting with the new Indian Prime Minister. Modi promises to open Indian market to them, which, in turn, would help turn around the Indian economy. The saffron-clad Modi launches a cultural invasion by mostly speaking in shudh Hindi. His public address to 30,000 Indians at New York’s Madison Gardens will be shown live to more thousands at the iconic Times Square.

All of this is in sharp contrast to an overly subdued and lacklustre visit of Prime Minister Nawaz Sharif. It was a credit enough that Nawaz was able to make it to the United Nations during a pestering political crisis back home. His arrival at least dispelled the perception that Pakistan was bursting at the seams with its Capital still hostage to marauding PTI hordes. The very hordes gathered a record crowd of over 1,000 protestors before the UN building to shout out their prime minister’s speech with “go-Nawaz-go” slogans. This vandalism kept Nawaz Sharif away from any public appearance, let alone from showing up on Times Square screens.

The only nuclear Muslim country, Iraq and Afghanistan, that should be important in the two flashpoints where the world and the United State are still bogged down. Yet everybody seemed more interested in what Iranian President Rouhani, Palestinian President Abbas and Egyptian President Sisi had to say. That Pakistan got little attention was more because of the country than its beleaguered leader. Like it or not, the world is interested in us for all the wrong reasons — terrorism, nuclear non-proliferation, Islamic radicalism and what not.

Yet Nawaz Sharif’s diplomatic team could have played a better hand even under difficult circumstances. They did not emphasise the prime minister not to stay over night in London. This made him miss host Barack Obama’s opening speech and then he skipped UN Secretary General’s lunch where he could have interacted with hundreds of world leaders. Obama gave time to the Ethiopian prime minister but we were reduced to the level of Vice-President Joe Biden. All they could do was to arrange PM’s bilateral meeting with minions representing Nepal and Norway.

And somebody wrongly advised him to meet, of all people, controversial tycoon George Soros. No doubt, Soros is helping civil society in Pakistan but no prime minister worth his or her salt would risk meeting him, considering his dubious role East Asian economic meltdown crisis.

It was funny how his advisers were found playing musical chairs during his address to the UN. It was awkward that Nawaz friend Sheikh Saeed was seated next to him while the adviser on foreign affairs was initially missing and then seated in the back row. Nawaz Sharif was the probably the only head of the government who had a uniformed military secretary sitting behind him. Even military juntas of Egypt and Myanmar avoided showing off khakis.

With so little to accomplish, the best option was to go extra harsh on the K-word, chest thumping to the Indians to lay-off. Not only did Nawaz remind the UN about its forgotten responsibility towards the plight of Kashmiris but he also expressed his disappointment that India had stalled talks by cancelling meetings between their foreign secretaries. This was the strongest support for the Kashmir cause in decades, which should make our hawks happy.

So it was quite expected that Modi had to respond to that by suggesting Pakistan to try the bilateral route if it wants to play the game of ‘Friends.’ But then Modi generally ignored Pakistan and focused on a greater agenda where he wants India to be in the bigger league of Security Council members. Surely, Nawaz Sharif made it a point by opposing any new permanent membership of the UN Security Council. This ended the India-Pakistan relations back to its earlier of one-step-forward-two-backwards mode. But then who cares where the world and the UN were headed. We still need to sort out our domestic laundry that our brethren were washing on the streets on New York this week.